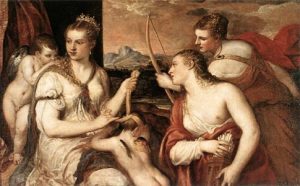 It is enough to recall the names of Giorgione and Titian, Veronese and Tintoretto, and it becomes clear what a bright and beautiful page in the art of the Renaissance was the painting of Venice. In a politically fragmented Italy, each city was an independent state, and its artistic culture had a special character, its own unique features. Historical destinies, social structure, natural conditions, way of life, everyday and cultural traditions determined the originality of the art of a particular center. END_OF_DOCUMENT_TOKEN_TO_BE_REPLACED

Posted in art can, artist was, composers, creative, kind of exhibition, natural conditions 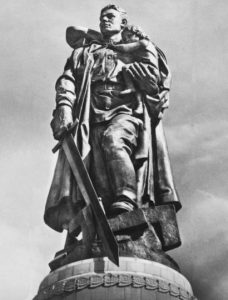 In the center of Berlin, in Treptow Park, where the fraternal cemetery of soldiers of the Soviet Army, who died in battles against fascism, is located, a huge bronze monument of the Soviet soldier-liberator towers. In his right hand is a sword, dissecting a fascist swastika lying at his feet, on his left hand he carefully holds a rescued child. This statue has received worldwide recognition. It personifies the image of the Soviet Army, which defeated Hitler’s fascism. The author of this remarkable monument is Evgeny Viktorovich Vuchetich.
Vuchetich’s career began in the second half of the 1930s, but his talent became especially versatile in the post-war period. END_OF_DOCUMENT_TOKEN_TO_BE_REPLACED