Realistic landscapes by Ed RocherFor more than three decades, an internationally known contemporary artist from Canada, Ed Roche, has created extraordinary masterpieces that evoke a wide range of feelings, memories and emotions in the…

How miniatures were created on enamel in the 17-18 centuries. Enamel. 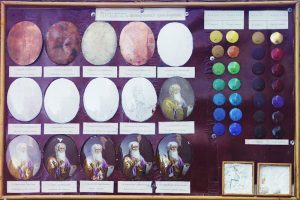