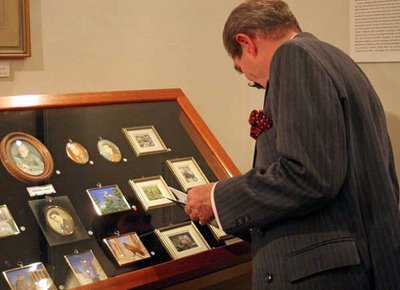 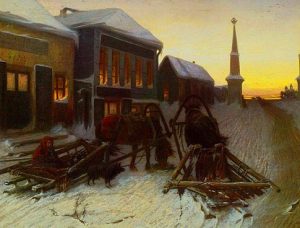 Teaching painting begins with the education of the ability to see. But isn’t everyone seeing the same? Naturally, people without visual defects, in the physical sense, see the same. However, you can watch and not see.
N. P. Krymov tells how M. A. Vrubel was returning from a walk in Abramtsevo. It was dusk, the moon was rising. And he came across an old mossy birch stump. Vrubel’s companions passed by, and on the very next day he began and ended his famous “Pan” soon.
“Aha,” someone will remember, “and the guide at the museum told how Surikov saw a black crow in the snow and wrote The Boyary Morozov.
There was a crow in the snow. It was an overcast summer at a dacha outside Moscow – Surikov then decided to “Menshikov in Berezov.” But what he saw does not always serve as a push to the image.
Here is the “Last tavern at the outpost” by V. G. Perov. The artist did not invent anything unusual here. He took everything straight from life. And how much has invested subtext! A tavern is drawn, and you see the tragic portrait of the whole of post-reform Russia. Or his “teacher of drawing.” How much acute pain for a man who had studied his beloved work for many years might have dreamed of becoming equal to Bryullov or Ivanov. What prevented him? Whether the talent was not enough, whether life was like this, but it all ended in failure. In the paintings of Perov, a strong narrative element is, of course, noticeable. But how to “tell” the picture of I. I. Levitan “At the pool”? Such pictures must be able to see. Not everyone is given to understand the depth of their content.
I. Bunin is credited with saying that the writer remains so until he stops being surprised. So the artist too. And in the case of Levitan’s “At the Whirlpool”, the viewer as well.
“It is impossible and unnecessary to write a picture, it must catch its beauty,” said Vrubel.
To see in the ordinary the unusual, in the particular – the common, in the ordinary – the intimate, to see what the other does not notice, not even suspect – that is the meaning of the artistic vision.
The basis of individual artistic vision develops in childhood and adolescence. The root cause of it – love for the surrounding reality, the ability to “onslaught of delight,” according to Vrubel. Do not extinguish this enthusiasm – the main task of a mentor. For indifference is the death of artistic vision.
The artist’s vision is acquired in the classroom and at exhibitions, on trips to sketches and hikes, while reading poems, describing historical events and geographical travel, everywhere.
The life of an aspiring artist is so rich in impressions that his personality drowns in greedy interest in everything he sees. Choose your, not learn the secret immediately. This is where the advice and attention of the teacher is important. He must guess the direction in which the pupil is pushing the “onslaught of delight”.
However, enthusiasm must be shared with the viewer. No artist could not yet and can not create only for themselves. It was not without reason that V. G. Belinsky said that art is thinking in images. Every thought seeks to be expressed to someone, a feeling seeks empathy. How to find the artist a common language with the audience? The only way is mastery. It is impossible to achieve the latter without comprehending the elementary laws of life.
“Painting,” said the outstanding pedagogue and outstanding artist P. P. Chistyakov, is a simple matter. We must find the proper color and put it in its proper place. ” However, to cope with this “simple matter”, we need experience and knowledge. Let us turn to the simplest provisions of the science of color.
We see the beauty of the world around us because everything that makes it up is differently colored. This coloring depends on the lighting. We know that if we put a glass prism on the way of the sunbeam, then this beam, having refracted in a prism, gives a multicolored strip on the screen – a spectrum. When the sun’s ray passes through the countless drops of moisture that saturates the air after the rain, a rainbow appears in the sky. There are eight colors that make up the spectrum: purple, red, orange, yellow, green, cyan, blue and purple. The surface of each object absorbs one part of the spectrum and reflects the other. It depends on the molecular structure of the surface of the object. If almost the entire spectrum is reflected by the surface of the object, we perceive its color as white. If the entire spectrum is absorbed by the surface, we perceive such a color as black (or gray).