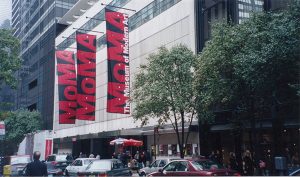 Modern art as a cultural phenomenon has relatively recently become the subject of theoretical research, in which an attempt is made to comprehend and embrace the inconsistent trends of art of the past decades with a consistent concept. This phenomenon continues to pose to researchers questions, without consideration of which it is difficult to analyze. The main one is the definition of the notion “modern art”. Closely related to him is another question that arises: what is the time continuum or the range of the temporal framework of modern art? What is the conceptual and chronological difference between the modern, modern, contemporal (modern) art?
No less important in the scientific context is the understanding of the characteristic features of “modern art”, since the term began to be used much earlier than the time had come for the appearance of confusion in the definitions of its meaning, essence and boundaries.
Reflections and comments of critics, curators, art historians and artists on the subject of modern art are still an attempt to identify it by listing tools, presentation methods, forms of implementation, etc. There is no universal definition.
The term “contemporary art” is blurred, applied to both the art of the last decades and the phenomena of art of the second half of the 19th century. The difficulty of its interpretation is mainly due to the fact that the process of formation of modern art as a direction is not completed, so you can only talk about the forms, methods, details and structural elements of the “non-obvious non-whole”. Accordingly, the incompleteness of the process does not allow comprehending the main features of modern art, which would become its universal and general definition.
Throughout most of the 20th century, the concept of “modern art” was never formalized in a vocabulary way, and, together with reference to a specific period, it was used whenever a new art content appeared. It was in this way that contemporary art maintained the crawling tendency along the chronological axis.
As the analysis of the most common views on contemporary art shows, the most vulnerable point in the argumentation of scientists is the distinction between the actual “Contemporary Art” and “Modern Art”. Since the ontological crisis of the interpretation of the term is mainly connected with the difficulties of its translation from the original language, to the extent both terms colloquially mean the same thing, that is, “modern art”.
Today we can definitely say that the term Contemporary Art has replaced Modern Art [8], and the difference between modern and contemporary art is mentioned in connection with the decline of the modernism era. It should be noted that, until now, experts disagree on when exactly this happened. Here you can refer to a number of examples cited in the “Dictionary of Modern and Contemporary Art”, which will indicate a certain confusion regarding the difference of one term from another. For example, the Center Pompidou positions its collections in the framework of modern and contemporary art as two separate directions. Art critic Robert Atkins in the book “Art Spike: A Guide to Modern Ideas, Trends and Themes” (1990) suggested using the term “modern art” for the period after the Second World War. Jonathan Law, editor of the European Culture: Modern Companion Review (1993), fully supports this view. In his book on this topic, “only those personalities who appeared or significantly increased their achievements after 1945” were included. The Museum of Modern Art in Los Angeles is focused on a similar timeframe, starting in 1940. However, the Christie auction defines “contemporary art” as beginning with the 1970s. New Museum of Modern Art in New York is limited to the works of the last ten years. Such an interpretation of “modern art” means that such a museum will never be able to collect permanent collections in the traditional sense of the concept, since works will quickly lose the status of “modernity”. Here it is not so much a matter of translating the concept from English into other languages, but rather the fundamental difference between the understanding of their chronological conditionality in different countries.