Interesting facts about painting and artists 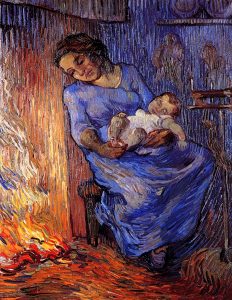 Different types of oils are used as a base for oil paints. Experts know that certain types of paints include various oils: safflower, linseed, walnut oil and poppy. And each of these options has its own characteristics and dries over time.
In the Middle Ages, oil paints were also popular because they painted shields. At that time, people believed that the shield, decorated with painting, was becoming much stronger and tougher.
For a nobleman in the Renaissance, creativity was not considered an ideal occupation. And all because the artists were ordinary artisans, so they equated to the tailors and shoemakers, who did everything with their own hands.
Michelangelo as a child often received cuffs from his uncle and father when they saw him painting. Buonarroti – Michelangelo’s father, perceived his son’s desire for art categorically, because he believed that the passion of the offspring would lead to family disgrace. Buonarroti was very proud of his pedigree, and the artist is just a shame for her.
On the account of Van Gogh, about 2000 written works, which include about 1100 sketches and simple drawings, as well as 900 paintings fascinating for its beauty. Today, many revered him, and previously his talent was generally underestimated, and during his lifetime he managed to sell only one of his paintings. This picture was “Red Vineyards in Arles”. He wrote it at a time when he visited the southern part of France in the city of Arles. It was in that place that he had a desire to create a settlement of artists when Gauguin came to him.
Vincent was inspired by the beautiful landscapes that surrounded the small French town and the countryside around. An oil painting “Red Vineyards in Arles” tells about the harvest that takes place in the vicinity of this city. This is a very hard work of people, which the artist managed to show in his picture. This picture was exhibited at the 8th exhibition in Brussels of the “Group of Twenty”, and Anna Bosch, an artist from Belgium, bought it for 400 francs.
Leonardo da Vinci was left-handed, and all his notes were always written from right to left, and he started to sign on the right side of the page to the left. The most interesting thing is that Leonardo began to paint the famous portrait of Mona Lisa in 1504, and he managed to finish it only by 1519, before his death. For 10 years, he occasionally returned to writing it in order to make the lips of Mona Lisa as real as possible. In his life, he regretted that he never managed to bring to the ideal some work.