Masterpieces of Venetian paintingIt is enough to recall the names of Giorgione and Titian, Veronese and Tintoretto, and it becomes clear what a bright and beautiful page in the art of the Renaissance…

Funny facts about the paintings of famous artists 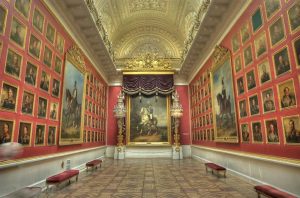