Thomas Gainsborough was ten years older than Rokotov. He was born in 1727 in the charming corner of East Anglia, Sudbury in Suffolk. Tom was the ninth child in the family of a cloth merchant, the genus of which belonged to the native inhabitants of the town. From her mother, who wrote flowers pretty well, Tom inherited a talent for drawing. During his school years, the boy ran into the picturesque surroundings of the town to capture the magnificent green of the meadows, the quiet bend of the river, the lonely trees. It is noteworthy that Gainsborough himself considered himself a landscape painter. At thirteen, he moved to London, where he first found himself in a silversmith’s workshop. Here the teenager became interested in modeling. His first teacher of drawing was the Frenchman Hubert Gravelo (1699-1773), who worked in London. Then Gainsborough studied with the portrait painter and decorator Francis Hymen (1708-1776) at an art school known as the Academy of St. Martin.
Rokotov’s life path today is ambiguous. Year of birth of the artist – 1736 – is determined by the confessional books of the Moscow Church. The document discovered by Irina Romanycheva that Rokotov was 26 years old in 1762 confirms this date. The version of Soviet researchers about the serfs of the artist is currently being seriously doubted. Following the well-reasoned opinion of Nina Moleva, we can repeat that Rokotov was never a “master of man”. In the minds of a Russian nobleman of the 18th century, there was a firm conviction that intellectually and psychologically the serfs were not ready to acquire the title of free citizens. The documents of the Moscow Educational House explicitly stated: “Born in slavery have a fallen spirit.”
Can you believe the version of the noble origin of the artist? In a note dated January 19, 1762, the camera-fourier magazine indicated the presence at the ceremonial dinner of the duty officer – cadet warrant officer Rokotov. In 1769, Captain Rokotov was sent “at will” to the Military Collegium. A.V. Lebedev assumed that the artist came from an impoverished family of the Pskov nobles. Indeed, the “diploma work of the Rokot department of the Gerold of the Governing Senate in the Pskov province”, dated, by the way, in 1861, has survived. “Native nephews” and the only heirs of academician Rokotov, who published in the “Moscow Gazette” an announcement of his death, wore the rank of a “retired major from artillery” and a staff captain.
So, the origin of the artist Rokotov is important, but much more important for the modern researcher is his “new aristocratic nobility – as a variant of gentlemanly nobility, not at all requiring mandatory aristocratic origin.” Indeed, Rokotov is the first Russian gentleman-painter. His signature is under the charter of the Moscow English Club.
In the artistic heritage of Rokotov there is no recognized self-portrait. However, I.E. Grabar, being the compiler of his first scientific catalog of works, considered The Portrait of an Unknown (1757, TG) as a picture of a young painter. This opinion was supported by another expert of Rokotov’s creative work – Yu.P. Anisimov. Before us is a young man in a green uniform with shiny buttons on the sides, with a green turndown collar embroidered with gold braid. According to the researcher of the State Russian Museum B.A. Kosolapova, this is the staff officer of the Guards regiment. However, the portrait does not look like the official images of the military of that era. The appearance of a young guard is devoid of external bravado and ostentatious brilliance. Here the artist’s desire to understand the spiritual side of man is obvious. In the thin face of the model, a close and serious look of bright eyes are expressed high dignity, intelligence, talking about the living mind and internal energy of an extraordinary person. The product has harsh forms, timidity and “dryness” of painting. Compositionally, the portrait is close to the “heads” of P. Rotary’s brush: the image is given bustily, the figure is closely in the picture space, the face is enlarged and as close as possible to the viewer. Nevertheless, the expressiveness of the image indicates a broader view of the person. Already in this work, the first to have an autograph of the master, we can talk about the connection Rokotov with a new stage in the development of the portrait. This stage is due to the increasing complexity of the spiritual life of Russian society and the ideas of enlightenment, which affirm the priority of reason and awareness of moral duty.
In 1808 (the year of the death of FS Rokotov) and twenty years after the death of T. Gainsborough, his daughter Margaret presented the last “Self-portrait” of her father (1787) to the Royal Academy. Throughout his life, Gainsborough repeatedly wrote self-portraits: the earliest “Self-portrait with his wife and daughter” (1748) was executed in the genre of “portrait-walk”, “Self-portrait in a cocked hat” (1754) – in chamber form. “Self-portrait” (1759, National Gallery, London) is one of the most expressive and perfect, here is a mature master who has gained recognition and has known success. 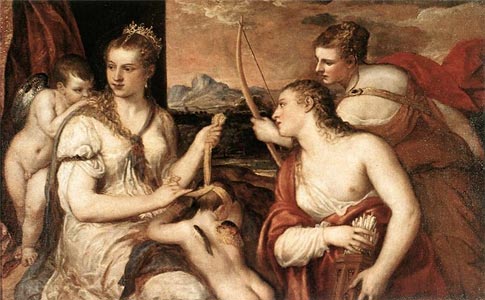